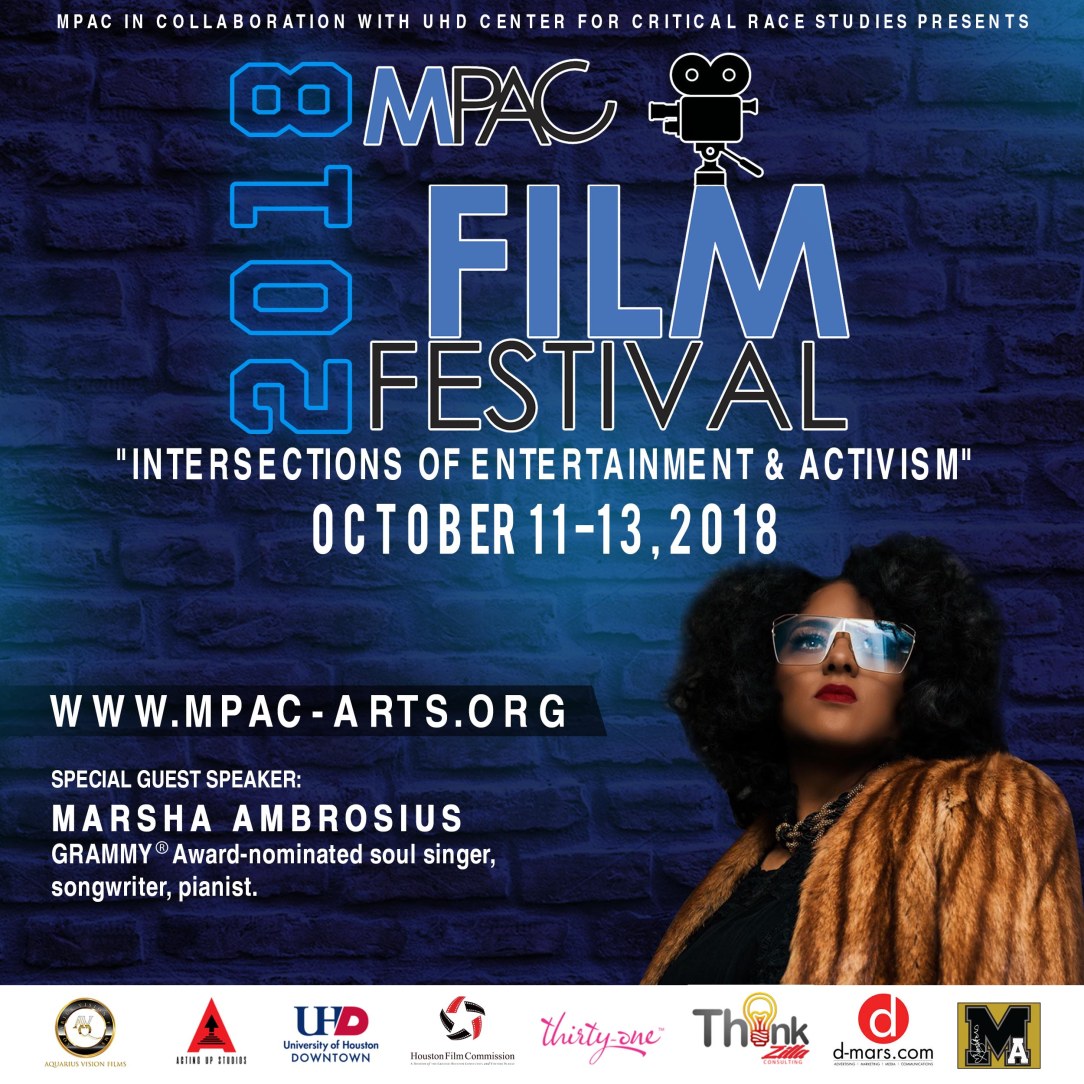 By 2girlswhotravel in Arts, Entertainment, Houston on October 1, 2018October 23, 2018
No comments

2 Girls Who Travel love the arts and definitely support the arts. When we heard the Mack Performing Arts Collective (MPAC), a 501(c)(3) arts organization, announced their MPAC Film Festival fall lineup, we were stoked. The biannual festival’s last special guest was actress Kim Fields and for this upcoming festival Grammy Award-nominated singer, songwriter and pianist Marsha Ambrosius will grace the festival. The MPAC Fall Festival will be held at University of Houston-Downtown (UHD), 201 Girard Street, Houston, Texas 77002 on October 11 – 13, 2018.

MPAC believes in “cultivating the interest of visual and performing arts by exposing, educating and entertaining.” MPAC’s founder and artistic director, entertainment attorney Jalene Mack has worked tirelessly to ensure MPAC creates paths into the professional world of entertainment.

The MPAC Film Festival will present new independent films in collaboration with the University of Houston’s Center for Critical Race Studies to not only introduce independent films, but to also host engaging forums among students, their peers, educators, industry professionals and celebrities attracted to the soul of the festival. “These are independent films, mostly shorts, which draw upon the spirit of a major festival with more of a local feel,” Mack said.

The film festival is free for registered high school students and at a reduced cost for area university students. For more information and the full festival schedule, visit www.mpac-arts.org.

Hey yall 👋🏾👋🏻
We recently visited @thirteenhouston, the new restaurant by @jharden13 that's been getting all the buzz. We didn't know what to expect, but we were impressed! Check our latest blog for a full review. **link in bio.**
Don't mind us. Mentally, we're still in Jamaica 🇯🇲
••• Davis Street APPRECIATION POST •••
*pokes head out*
Ooh! #5CountriesChallenge ... we want to play!
Trez Art and Wine Bar hits on all cylinders.
Happy Monday, yall! Long time, no chat. We pulled ourselves out of the socially distanced rock we've been hiding under to visit a black-owned restaurant in the burbs! That's My Dog, located in Katy, is known for its gourmet hot dogs and we couldn't resist checking them out. Pictured are hot dogs topped with smoked brisket, cheese and onions. Check out our full review of our experience up on the blog now. Link in bio.
So we're pretty much resigned to the fact that we won't be beachside any time soon, but that can't stop us from enjoying some beach eats!