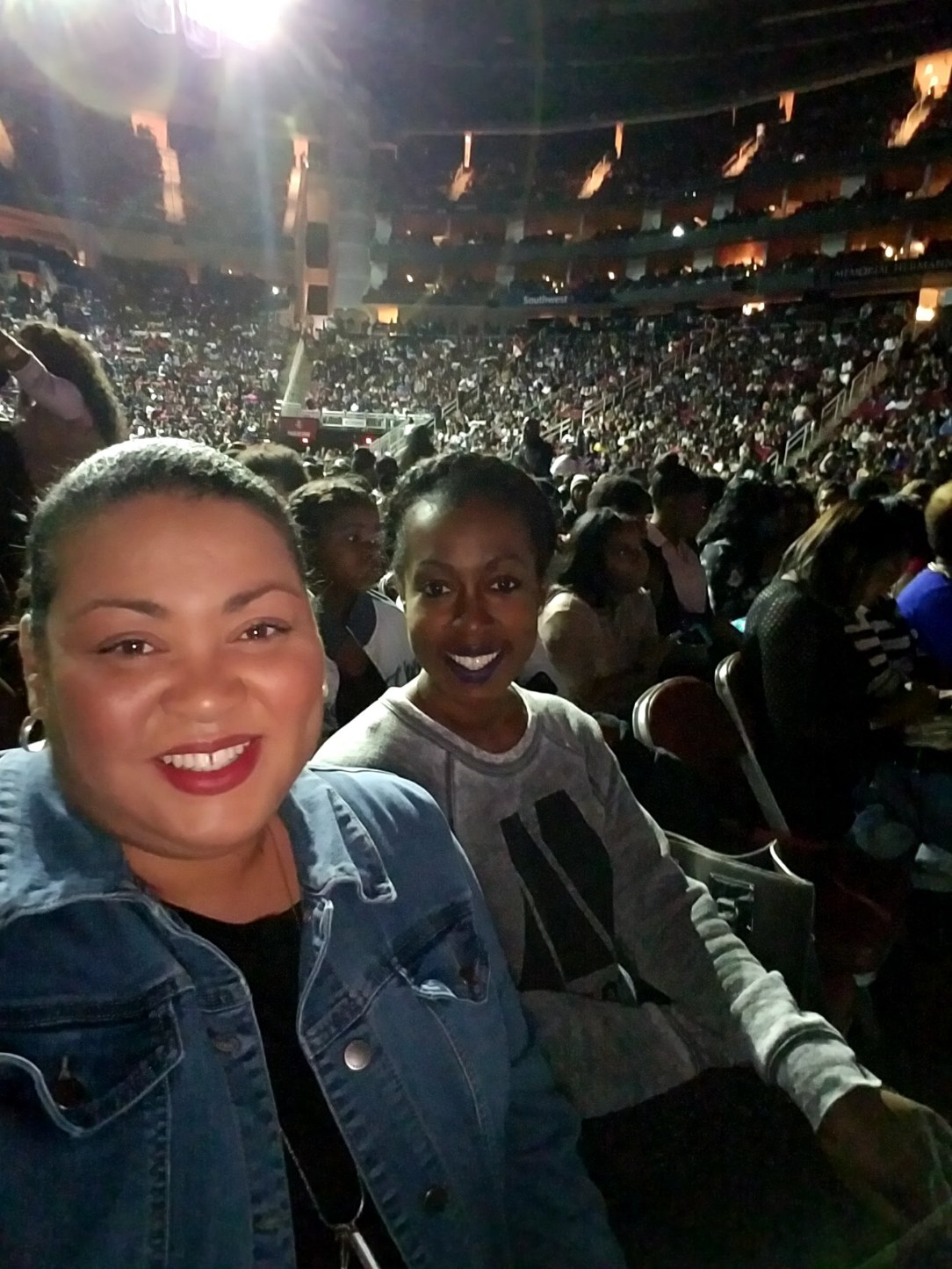 2 Girls Who Travel here. First off, Happy New Year! We are so ready for all that 2018 has in store for us.

Now, you know we love a good concert. Thinking back to some of our favorites: Adele, Janet Jackson’s State of the World Tour, The Black Heritage Festival with Eric Benet and the McDonald’s Inspiration Celebration with Kirk Franklin, The Clark Sisters, Donald Lawrence, Brian Courtney Wilson and Jekalyn Carr. Well, when Xscape reunited and announced their Great Xscape Tour, we knew we had to be there.

The Great Xscape Tour stopped at Houston’s Toyota Center and we were so ready for it. Many people fondly remember Xscape members, Tameka “Tiny” Cottle, Kandi Burruss and sisters LaTocha and Tamika Scott. Xscape had a number of hits in the ’90s, including “My Little Secret,” “Who Can I Run To,” “Just Kickin’ It,” and one of our personal favs, “Understanding.”

Kandi and Tiny have stayed in the reality tv spotlight with “The Real Housewives of Atlanta” and “T.I. & Tiny: The Family Hustle.” The entire group even recently did a four-part series on Bravo TV called “Still Kickin’ It” that highlighted the road leading up to reuniting and touring.

Back to the concert.

We started the evening with drinks in the Lexus Lounge (thanks BBVA Compass for the lounge passes). The tour included girl group June’s Diary (formed by Kelly Rowland), R&B artist Zonnique (Tiny’s daughter), Tamar Braxton (breakout star of “Braxton Family Values” and “Tamar & Vince”) and R&B royalty, Monica. All these ladies did an excellent job and the packed Toyota Center enjoyed their sets.

Then what we had been waiting for – Xscape hit the stage. It was nonstop hit after hit and we were on our feet singing along. Kandi even brought out her husband Todd on stage and serenaded him with a sexy song.

In between songs, Xscape brought out Houston’s hometown royalty, Bun B and Scarface. They came out and did some of their hottest hits: UGK/Bun B’s “International Players Anthem” and Scarface’s “Finer Things”.

Tiny, Tamika, LaTocha, and Kandi still got it and put on a great show. Basically, Xscape is back and they’re giving us life!

Check out some pics from the night.

Mark our words. @southsidesporting will be the new "it spot" for Southwest Houston. You got food 🍽, dranks 🍸, games🏀, and about a million TV screens 📺! It's definitely a vibe!
Yall, @bungalowdining has been on our to-visit list since they opened!! And ya girls were NOT disappointed. Food was delicious, drinks were A-1 and service was top notch. And you can absolutely bet we'll be returning!
Just returned from our trip to Cancun. We stayed at the Dreams Vista Cancun Golf & Spa Resort. Everything was great 🌟 Check it out!
Last night's @blackcheftable event hosted by @kulture_houston featuring food from Chef Reginald Scott was nothing short of amazing!
It was all good vibes at the media preview for @thegreasyspoonhtx newest location in Pearland. We WERE NOT playing with those oxtail, okay? Soft opening this weekend!!
Hey yall 👋🏾👋🏻
We recently visited @thirteenhouston, the new restaurant by @jharden13 that's been getting all the buzz. We didn't know what to expect, but we were impressed! Check our latest blog for a full review. **link in bio.**
Don't mind us. Mentally, we're still in Jamaica 🇯🇲
Jamaica owes us not a thing!!! Except maybe another visit soon...