You know those days where work is kicking your butt – or life for that matter – and you just need a break? Of course you do. And nothing quite beats a good Happy Hour with other friends and/or colleagues who feel exactly like you do. Man, between brunches and happy hours, dining out is just sooooo pleasing to the soul!

We ventured out to Montrose for a Happy Hour last week at Pistolero’s Tequila and Taco Bar – name sounds fun already, right? This was our spot and a good central location since we were coming from opposite ends of town. 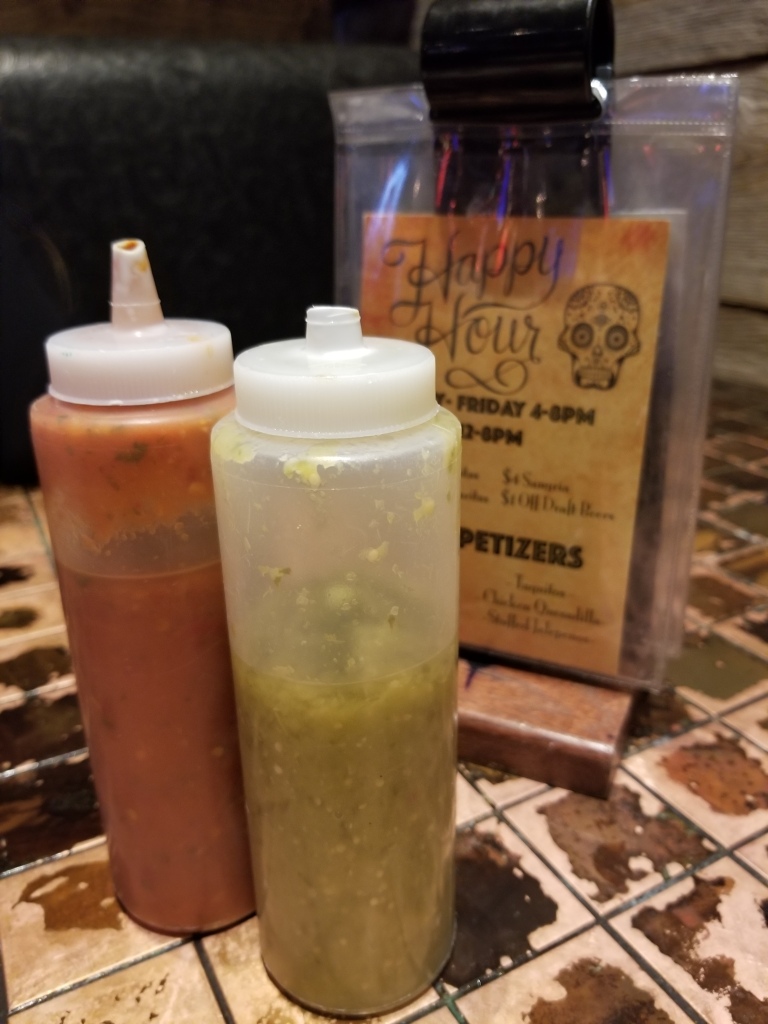 What You Should Know

Pistolero’s lot is valet only, but it’s complimentary (more on that later). Also, Taco Tuesday is the name of the game here and of course we went on no other day! We arrived right at 5pm, so we walked in and grabbed a small booth in the back (it’s self-seating) and lucky for us, we missed the crazy crowd that would follow. Pistolero’s has an awesome Happy Hour menu with specials on food and drinks as well as daily specials. On Tuesdays, each of their tacos is $1 each. Yeah, that’s it. Now obviously they’re small (street taco size), but there are a lot to choose from. House margaritas are cheap as well at $4 each. So a meal of six tacos and two margaritas is less than $15 … winning!

Service was as we expected. It’s a popular place during a busy time of day, so don’t expect a lot of attention. But our waitress was pretty good. She got our food and drinks to us as we ordered so no complaints there. As we were finishing up our meal and paid for our food, we noticed a huge line had formed at the door and people were just salivating over our spot. We realized that this is the time when most people get off work and with it being Happy Hour and Taco Tuesday, they were ready to partake! So we hurried outside as a young couple made a mad dash for our booth.

Though we wanted to leave you on an absolutely positive note, we have to keep it real. The valet experience wasn’t the best. The lot is tiny – like tiny enough to where you can literally walk to your car in half a minute, no joke. But alas, we waited for the valet guy. He was busy standing in the street, trying to guide more cars into an already crowded lot without just giving people their cars who were already waiting to leave. But whatever. After waiting for way longer than we should, we were overlooked for some other patrons. To be fair, one of the other valet guys said, “Hey, they were here first.” But the first valet guy ignored him and proceeded to help the other people. Cool. So there goes your tip. I might have said that out loud (this is Val speaking – I’m the feisty one). So when my car was finally pulled around, no headlights turned on or anything, a tip was given – not a large one, but still a tip. He was obviously not pleased, refused to accept it and mouthed something about he’d rather work for free. A little more to this story, but for the sake of space, relevance and class, we’ll just keep it to that. Although, from perusing the restaurant’s Yelp reviews, it seems we’re not the only ones who have experienced issues with the valet, but anywho …

Pistolero’s was overall a superb choice for Happy Hour – the food and drinks were very good and definitely kind to our wallets! You can also avoid valet altogether by just parking on the street in the nearby neighborhoods (park at your own risk, you still gotta obey signs and laws). We’ll be back – itching to try their elotes!

Pistolero’s has a daily Happy Hour: Monday-Friday from 4-8pm and Saturday and Sunday from 12noon-8pm. They are located at 1517 Westheimer Road, Houston, TX 77006

Ooh! #5CountriesChallenge ... we want to play!
Trez Art and Wine Bar hits on all cylinders.
Happy Monday, yall! Long time, no chat. We pulled ourselves out of the socially distanced rock we've been hiding under to visit a black-owned restaurant in the burbs! That's My Dog, located in Katy, is known for its gourmet hot dogs and we couldn't resist checking them out. Pictured are hot dogs topped with smoked brisket, cheese and onions. Check out our full review of our experience up on the blog now. Link in bio.
So we're pretty much resigned to the fact that we won't be beachside any time soon, but that can't stop us from enjoying some beach eats!
📍SHANGAI, CHINA || This is the beautiful Pearl Tower located on The Bund, a popular waterfront in Shanghai. Guests who dine at M on the Bund are just steps away from this gorgeous view! We were told this super swanky restaurant is frequented by big-time business professionals and lots of high-dollar deals are made here after a few - or several - drinks. The food is pretty good, too! Swipe to see the crab cake and brownie sundae.
When your @cntraveler travel horoscope is so scarily accurate, you have to share. For reference, Val is an ARIES and Kim is a LEO.
To say we're tired is an understatement. As much as we'd love to be traveling right now, there's some ish we need to take on right here in America. Do you realize the power we as Black people have? By coming together collectively to express outrage and demand justice for countless Black lives lost due to police brutality and racism, we are letting them know we won't back down and we are not letting up until WE SEE CHANGE. It's ONLY because of that determination did we see George Floyd's murderers be charged. We don't fully have justice yet, but it's a start.
#blackouttuesday #wecantbreathe #justiceforgeorgefloyd
It's definitely been a crazy few months and while we miss traveling terribly, we wanted to show our support for National Travel and Tourism Week (May 3-9). Locally, Houston First is encouraging H-Town residents to post their favorite local attractions, restaurants, bars, etc. all week using the #MissingHOU hashtag. *