We know you’ve read about our love of the theatre before… but we’re going to say it again! We love the theatre! But as the old saying goes, all good things must come to end. The Ensemble Theatre’s 2018-2019 season will end soon, but not before we enjoyed an amazing play and made plans to attend the last play of the season.

We recently attended the closing night show of Pipeline, which examines the school-to-prison pipeline that is often all too real for young black men.

Written by Dominique Morisseau and directed by Rachel Hemphill Dickson, Pipeline features Nya, an inner-city high school teacher, who is devoted to her students, but determined to give her only son Omari opportunities they’ll never have. After a questionable incident at his upstate private school threatens to get him expelled, Nya must deal with his anger and her life choices as a parent. This also begs the discussion of the topic about the haves and have nots in our educational system.

All in all, this was a thought-provoking play with exceptional acting. We honestly did not expect any less from The Ensemble. 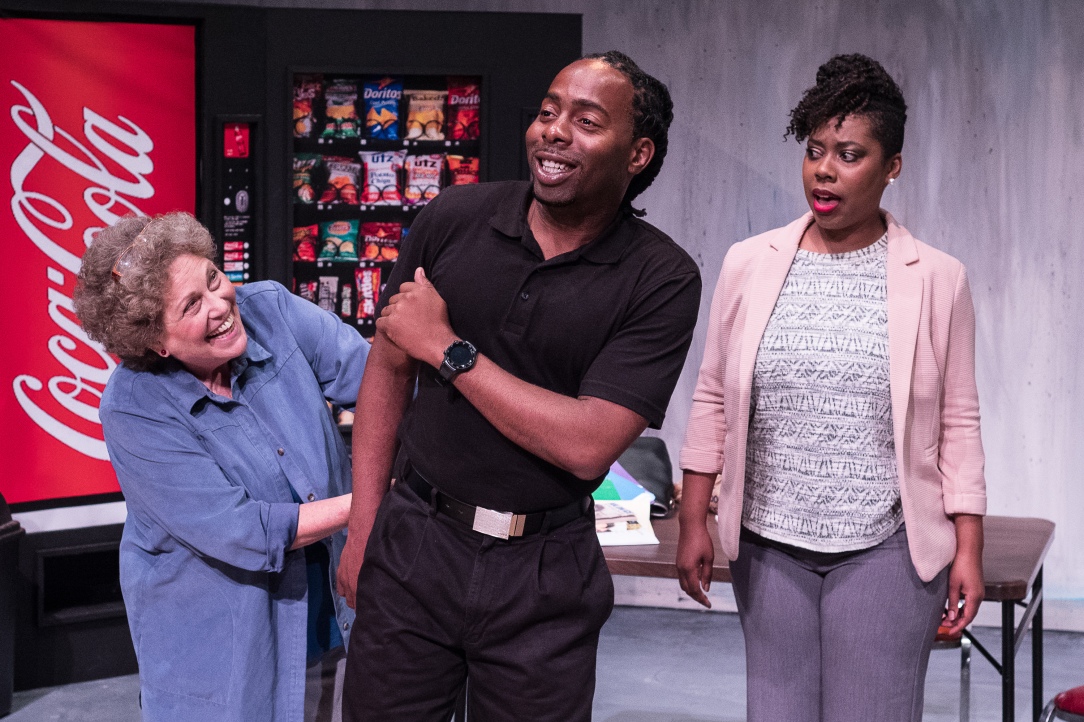 So of course we’re amped to see the last show of the 2018-2019 season, Josephine Tonight. It’s a musical biography written by Sherman Yellen and directed and choreographed by Patdro Harris. It highlights the early life of activist and entertainment icon Josephine Baker and runs at the Ensemble from June 27-July 28, 2019.

Actress DeQuina Moore, a Houston native, is set to play the starring role. Moore is an Ensemble Theatre Young Performer Program Alumna whose career achievements include work on Broadway, television and film. Her performances in “Little Shop of Horrors,” “Legally Blond,” and touring with Tyler Perry are just a few of her many accolades.

Josephine Tonight draws on the early life of the internationally known singer, actress and nightclub sensation who wowed audiences in America and Europe in the first quarter of the 20th century. The show reveals the relationship of the young Josephine and her laundress mother who steers her toward success and then guides her to remember her roots.

For Tickets to the last show of the season, visit www.ensemblehouston.com or see the box office info below.

Show Nights Ticketing:
The box office is open two hours before the start of every show.

Mark our words. @southsidesporting will be the new "it spot" for Southwest Houston. You got food 🍽, dranks 🍸, games🏀, and about a million TV screens 📺! It's definitely a vibe!
Yall, @bungalowdining has been on our to-visit list since they opened!! And ya girls were NOT disappointed. Food was delicious, drinks were A-1 and service was top notch. And you can absolutely bet we'll be returning!
Just returned from our trip to Cancun. We stayed at the Dreams Vista Cancun Golf & Spa Resort. Everything was great 🌟 Check it out!
Last night's @blackcheftable event hosted by @kulture_houston featuring food from Chef Reginald Scott was nothing short of amazing!
It was all good vibes at the media preview for @thegreasyspoonhtx newest location in Pearland. We WERE NOT playing with those oxtail, okay? Soft opening this weekend!!
Hey yall 👋🏾👋🏻
We recently visited @thirteenhouston, the new restaurant by @jharden13 that's been getting all the buzz. We didn't know what to expect, but we were impressed! Check our latest blog for a full review. **link in bio.**
Don't mind us. Mentally, we're still in Jamaica 🇯🇲
Jamaica owes us not a thing!!! Except maybe another visit soon...